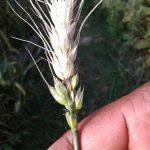 Call for action on wheat blast threat in South Asia 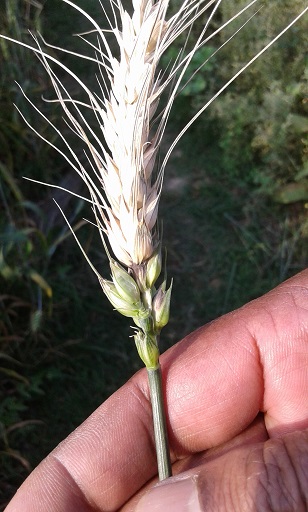 By Gideon Kruseman and Mike Listman

A spatial mapping and ex ante study regarding the risk and potential spread in South Asia of wheat blast, a mysterious and deadly disease from the Americas that unexpectedly infected wheat in southwestern Bangladesh in 2016, identified 7 million hectares of wheat cropping areas in Bangladesh, India, and Pakistan whose agro-climatic conditions resemble those of the Bangladesh outbreak zone.

The study shows that, under a conservative scenario of 5-10% wheat blast production damage in a single season in those areas, wheat grain losses would amount to from 0.89 to 1.77 million tons, worth between $180 and $350 million. This would strain the region’s already fragile food security and force up wheat imports and prices, according to Khondoker Abdul Mottaleb, first author of the study.

“Climate change and related changes in weather patterns, together with continuing globalization, expose wheat crops to increased risks from pathogens that are sometimes transported over long distances,” said Mottaleb.

Foresight research at the International Maize and Wheat Improvement Center (CIMMYT) has focused on new diseases and pests that have emerged or spread in recent decades, threatening global food safety and security. For wheat these include Ug99 and other new strains of stem rust, the movement of stripe rust into new areas, and the sudden appearance in Bangladesh of wheat blast, which had previously been limited to South America.

“As early as 2011, CIMMYT researchers had warned that wheat blast could spread to new areas, including South Asia,” said Kai Sonder, who manages CIMMYT’s geographic information systems lab and was a co-author on the current study, referring to a 2011 note published by the American Pathological Society. “Now that forecast has come true.”

CIMMYT has played a pivotal role in global efforts to study and control blast, with funding from the Australian Center for International Agricultural Research (ACIAR), the CGIAR Research Program on Wheat (WHEAT), the Indian Council of Agriculture Research (ICAR), and the United States Agency for International Development (USAID).

This has included the release by Bangladesh of the first blast resistant, biofortified wheat variety in 2017, using a CIMMYT wheat line, and numerous training events on blast for South Asia researchers.

Click here to read the article in PLOS-One: “Threat of wheat blast to South Asia’s food security: An ex-ante analysis.”