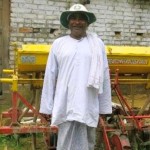 Written by Mike Listman on January 30, 2016. Posted in Articles, News 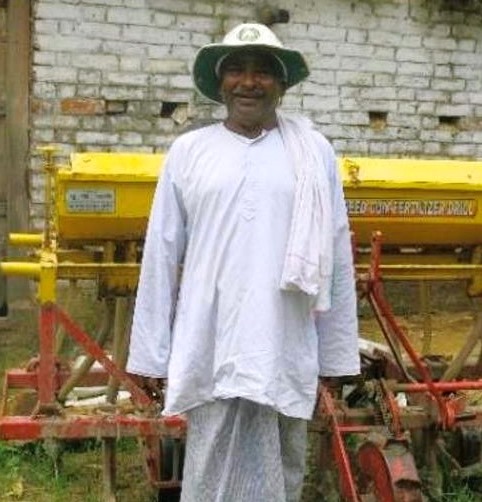 BIHAR, India (January 30, 2016)- In response to earlier summers and rising temperatures in South Asia, specialists in the CIMMYT-led Cereal Systems Initiative for South Asia (CSISA) have been encouraging farmers in India’s eastern Uttar Pradesh and Bihar to sow their wheat crop by mid-November, instead of the traditional date of late December.

According to R.K. Malik, a CSISA senior agronomist, farmers who sow their wheat at the traditional time can lose as much of a quarter of the crop in the spring heat wave, which can exceed 40 degrees Celsius and now arrives as early as March, instead of May, as was previously the case.

Funded by the U.S. Agency for International Development (USAID), the work is covered in the lead story of the January/February 2016 edition of the USAID periodical FRONTLINES.

Click here to read the FRONTLINES story about farmers like Nathuni Singh and how they have benefited from adopting the new practice, despite the risks involved and the contrary opinions of family and local peers.