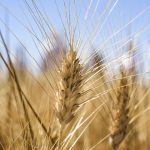 Istanbul hosted a milestone conference this week convening experts from the region and the globe to examine the link between wheat and human health.  Although wheat is the second most popular food crop in the world, and a vital source of food and nutrition for humans dating from the earliest days of agriculture, its reputation as a health food has taken a hit in western popular culture in recent times.

The International Conference on Wheat Diversity and Human Health, makes a strong, scientifically supported case for a range of health benefits from wheat and its countless varieties, relatives and the foods made from them.

Beyond the well-publicized benefits of consuming fiber from whole grain wheat products – including lower risk of coronary disease, diabetes, hypertension, obesity, Type 2 diabetes and colon cancer – scientists at the conference affirmed that wheat also contains compounds such as phenolics, flavonoids and carotenoids that:

As remarkable as these benefits may be, wheat’s potential for improving nutrition and health worldwide is even greater.

A number of wheat scientists from the International Maize and Wheat Improvement Center (CIMMYT) presented evidence this week on new paths to further increase and promote these traits in wheat.

Many presenters discussed ways to protect and promote wheat’s wide diversity – from modern varieties, traditional landraces, ancient grains, colored wheat and different species – all of which have huge potential to enrich our diet.

As Tom Payne, head of CIMMYT’s Wheat Germplasm Collections pointed out, diversity is a crucial element to health, and genebanks such as CIMMYT’s safeguard some of the largest and most widely used collections of crop diversity in the world, critical to ending hunger and improving food and nutrition security.

Hans-Joachim Braun, director of CIMMYT’s global wheat program and co-chair of the event concluded the conference with remarks on future perspectives for wheat diversity and human health. He highlighted how 830 million people in the world – 11% of the population- still do not have enough to eat.

The International Conference on Wheat Diversity and Human Health took place from Oct 22 – 24 in Istanbul, Turkey.