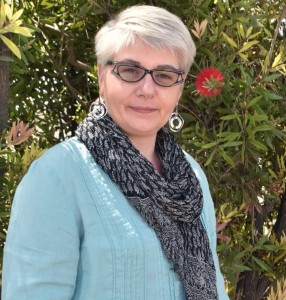 To that end, outcomes will include joint interpretation of results with CRP colleagues and national stakeholders, scientific papers, policy engagement and guidelines for integrating gender in wheat research-for-development, according to Kantor. “The research itself is important, but can’t sit on a shelf,” she explained. “We will devise ways to communicate it effectively to partners in CGIAR and elsewhere.”

Another, longer-term goal is to question and unlock gender constraints to agricultural innovation, in partnership with communities. Kantor said that male migration and urbanization are driving fundamental, global changes in gender dynamics, but institutional structures and policies must keep pace. “The increase in de facto female-headed households in South Asia, for example, would imply that there are more opportunities for women in agriculture,” she explained, “but there is resistance, and particularly from institutions like extension services and banks which have not evolved in ways that support and foster the empowerment of those women.”

“To reach a tipping point on this, CGIAR and the CGIAR Research Programs need to work with unusual partners — individuals and groups with a presence in communities and policy circles and expertise in fostering social change,” said Kantor. “Hopefully, the case studies in the global project will help us identify openings and partners to facilitate some of that change.”

Kantor has more than 15 years of experience in research on gender relations and empowerment in economic development, microcredit, rural and urban livelihoods, and informal labor markets, often in challenging settings. She served four years as Director and Manager of the gender and livelihoods research portfolios at the Afghanistan Research and Evaluation Unit (AREU) in Kabul. “AREU has influenced policy, for example, through its work on governance structures at the provincial and district levels,” Kantor said. “They will be a partner in the Afghan study.”

She added that working well in challenging contexts requires a complex combination of openness about study aims and content in communities, sensitivity and respect for relationships and protocol, careful arrangements for logistics and safety, diverse and well-trained study teams and being flexible and responsive. “Reflections on doing gender research in these contexts will likely be an output of the study.”

After her first month at CIMMYT, Kantor, who will be based in Islamabad, Pakistan, said she felt welcome and happy. “My impression is that people here are very committed to what they do and that research is really a priority. I also sense real movement and buy-in on the gender front. An example is the fact that, of all the proposals that could’ve been put forward for funding from BMZ, CIMMYT chose one on gender. That’s big.”