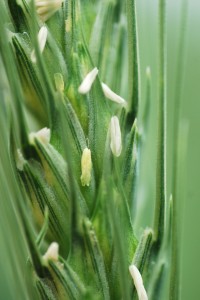 EL BATAN, Mexico (July 21, 2014)- Scientists from Canada, the Czech Republic, Germany and the United States have produced a draft map of the bread wheat genome, as revealed in a 17-July series of articles in Science. A full map of the huge and complex genome—the result of repeated hybridization among three grass species over hundreds of millennia—is due in a few years, but the current map will speed breeding for many valuable new crop traits.

R. K. Malik, a senior agronomist in the Sustainable Intensification…