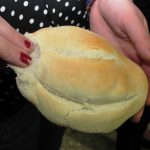 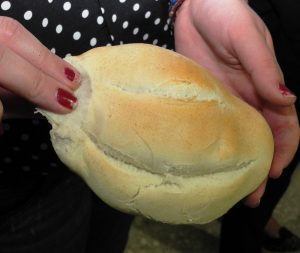 Based on a recent, special compilation of 12 reports published in the scientific journal Cereal Foods World during 2014-2017, eating whole grains is actually beneficial for brain health and associated with reduced risk of diverse types of cancer, coronary disease, diabetes, hypertension, obesity and overall mortality.EL BATAN, Mexico (CIMMYT) – A new, exhaustive review of recent scientific studies on cereal grains and health has shown that gluten- or wheat-free diets are not inherently healthier for the general populace and may actually put individuals at risk of dietary deficiencies.

“Clear and solid data show that eating whole-grain wheat products as part of a balanced diet improves health and can help maintain a healthy body weight, apart from the 1 percent of people who suffer from celiac disease and another 2 to 3 percent who are sensitive to wheat,” said Carlos Guzmán, wheat nutrition and quality specialist at the Mexico-based International Maize and Wheat Improvement Center (CIMMYT), which produced the compilation.

Guzmán said wheat and other grains are inexpensive sources of energy that also provide protein, digestible fiber, minerals, vitamins, and other beneficial phytochemicals.

“Among wheat’s greatest benefits, according to the research, is fiber from the bran and other grain parts,” he explained. “Diets in industrialized countries are generally deficient in such fiber, which helps to regulate digestion and promote the growth of beneficial gut bacteria.”

Guzmán and hundreds of other grain quality and health specialists will meet for the 4th Latin American Cereals Conference and the 13th International Gluten Workshop, organized jointly by CIMMYT and the International Association for Cereal Science and Technology (ICC) in Mexico City from 11 to 17 March 2018.

Contributing to humankind’s development for the last 10,000 years, wheat is cultivated on some 220 million hectares (539 million acres) worldwide. The crop accounts for a fifth of the world’s food and is the main source of protein in many developing and developed countries, and second only to rice as a source of calories globally. In the many countries where milling flours are fortified, wheat-based foods provide necessary levels of essential micronutrients such as iron, zinc, folic acid and vitamin A.

Inhabitants in developing and industrialized countries are experiencing higher incidences of diabetes, allergies, inflammatory bowel disorder, and obesity. A profitable industry has developed around gluten- and wheat-free food products, which the popular press has promoted as beneficial for addressing such disorders. But much scientific evidence contradicts popular writings about these food products.

“Much of the anti-grain messaging comes from publications produced by supposed ‘specialists’ who are not nutritionists, and are often built on faulty premises.” according to Julie Miller Jones, Distinguished Scholar and Professor Emerita at St. Catherine University, U.S.A., and a key contributor to the review studies in the compilation.

“Causes of obesity and chronic disease are complex, and it is not only simplistic but erroneous to name a single food group as the cause or the cure for these problems,” Miller Jones explained.  “We do know that we consume large portions, too many calories, and too few fruits, vegetables, or whole grains.  Instead today’s lifestyles encourage consumption of many high calorie foods and beverages that contain few nutrients. Then the risks of poor diets are often amplified by our sedentary lifestyles.”

CIMMYT scientists are concerned that the negative portrayal of wheat to promote the lucrative gluten-free fad diet industry will discourage low-income families from consuming the grain as part of an affordable and healthy diet, particularly in areas where there are few low-cost alternatives.

Consumer Reports magazine reported in January 2015 that sales of “gluten-free” products soared 63 percent between 2012 and 2015, with almost 4,600 products introduced in 2014 alone. Retail sales of gluten-free foods in the United States were estimated at $12.2 billion in 2014 and by 2020 the market is projected to be valued at $23.9 billion, Statistica reports.

However, wheat biofortified through breeding or fortified during milling with zinc and iron can play a vital role in diets in areas where “hidden hunger” is a concern and where nutritional options are unaffordable or unavailable. About 2 billion people worldwide suffer from hidden hunger, which is characterized by iron-deficiency anemia, vitamin A and zinc deficiency.

The compilation draws on more than 1,500 peer-reviewed studies regarding the dietary and health effects of eating cereals and wheat-based foods.

CIMMYT specialists also worry that misinformation about wheat might affect investments in vital research to sustain wheat production increases of at least 60 percent by 2050, the output required to keep pace with rising population and demand, according to Hans Braun, director of the center’s global wheat program.

“As we have seen in 2008, 2011, and just recently in Tunisia and Sudan, grain shortages or price hikes in bread can lead to social unrest,” Braun added. “The international community needs to speed efforts to develop and share high-yielding, climate-resilient, and disease-resistant wheat varieties that also meet humanity’s varied nutritional demands.”

The compilation was produced with special permission from AACC International.