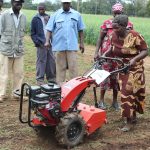 This story by Vanessa Meadu was originally published on the CIMMYT website.

Smallholder farmers in Zimbabwe and Ethiopia have embraced small-scale mechanization thanks to an innovative CIMMYT-led project, which is now drawing to a close. Since 2013, the Farm Mechanization and Conservation Agriculture for Sustainable Intensification (FACASI) project has helped farmers access and use two-wheel tractors that significantly reduce the time and labor needed to grow, harvest and process their crops. To ensure long-term sustainability, the project and its partners helped support and develop local enterprises which could supply, service and operate the machines, and encouraged the development of supportive government policies. The project was funded by the Australian Centre for International Agricultural Research (ACIAR), as well as the CGIAR Research Programs on Maize and Wheat.

“Mechanization is a system not a technology”

From its inception, FACASI went beyond simply providing machinery to farmers, and instead envisioned mechanization as a way out of poverty. “Mechanization is a system, not only a technology,” said Bisrat Getnet, the project’s national coordinator in Ethiopia and director of the Agricultural Engineering Research Department at the Ethiopian Institute of Agricultural Research. “Mechanization needs infrastructure such as roads, fuel stations, spare part dealerships, maintenance centers, training centers and appropriate policies. This project assessed which measures are needed to sustain a new technology and addressed these with direct interventions,” he explained.

The FACASI project worked to introduce and develop new small-scale machines, including two-wheel tractors, small shellers and threshers, and small pumps, in African rural settings, collaborating with local engineers, farmers and manufacturers. This included adapting a range of attachments that could be used to mechanize on-farm tasks such as planting, harvesting, transporting and shelling. In parallel, the project developed local business opportunities around the supply, maintenance and use of the machines, to ensure that users could access affordable services and equipment in their communities.

The project initially worked in four countries: Ethiopia, Kenya, Tanzania and Zimbabwe. Researchers saw significant potential for mechanization to reduce the labor intensity associated with smallholder farming, while encouraging application of conservation agriculture techniques and developing rural service provision businesses. In its second phase, which began in 2017, the project focused on strengthening its efforts in Zimbabwe and Ethiopia.

“In my view the most innovative aspect enabling FACASI’s success was the concept of combining engineering and business modelling, with an understanding of the political, legislative and policy situations in the four countries,” said Professor John Blackwell, an Adjunct Professor at Charles Sturt University who reviewed FACASI and also invented and helped commercialize several successful machines in South Asia, including the famous Happy Seeder.

“FACASI has proven that small mechanization is viable in smallholder settings,” said CIMMYT scientist and project coordinator Frédéric Baudron. “It has shown smallholders that they don’t have to consolidate their farms to benefit from conventional machines, but that machines can instead be adapted to their farm conditions. This, to me, defines the concept of ‘appropriate mechanization’,” he said.

During its course, the project improved the efficiency and productivity of smallholder farming, reducing labor requirements and creating new pathways for rural women and youth.

The reduction in the labor and drudgery of farming tasks has opened many doors. Farmers can save the costs of hiring additional labor and reinvest that money into their enterprises or households. With a small double-cob sheller producing one ton of kernels in an hour compared to up to 12 days by hand, women can do something else valuable with their time and energy. Entrepreneurs offering mechanization services — often young people who embrace new technologies — can earn a good income while boosting the productivity of local farms.

Mechanization has shown to sustainably improve yields. In Ethiopia, farmers using two-wheel tractors were able to reduce the time needed to establish a wheat crop from about 100 hours per hectare to fewer than 10 hours. In trials, maize and wheat respectively yielded 29% and 22% more on average, compared with using conventional crop establishment methods.

Impacts now and into the future

According to its national partners, FACASI has laid the groundwork for cheap and practical two-wheel tractors to proliferate. In Ethiopia, there are currently 88 service providers whose skills has been directly developed through FACASI project interventions. “This has been a flagship project,” said Ethiopia national coordinator Bisrat Getnet. “It tested and validated the potential for small-scale mechanization and conservation agriculture, it proved that new business models could be profitable, and it opened new pathways for Ethiopian agriculture policy,” he said.

In Zimbabwe, the project has also set the wheels of change in motion. “FACASI demonstrated an opportunity for creating employment and business opportunities through small-scale mechanization,” said Tirivangani Koza, of Zimbabwe’s Ministry of Lands, Agriculture, Water and Rural Resettlement. “With the right funding and policies, there is a very wide and promising scope to scale-up this initiative,” he said. 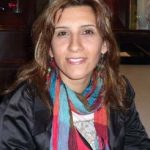 Gender inequality is a recurring feature of many agricultural production systems across the wheat-growing regions of Africa, and women farmers often lack access to credit, land, and other inputs. The result: limited adoption of new innovations, low productivity and income, and a missed opportunity to enhance household food security and prosperity.