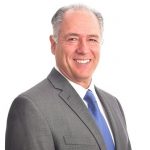 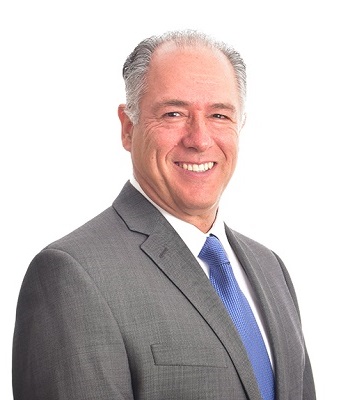 Iván Ortíz-Monasterio, expert on sustainable intensification and wheat crop management at the International Maize and Wheat Improvement Center (CIMMYT), recently took part in a study detailing the detriments of excess fertilizer use and the benefits of more precise dosages.

In the following interview, he discusses the overuse of nitrogen fertilizer and related consequences, his experience with farmers, and his outlook for the future. According to Ortíz-Monasterio and study co-authors, research on wheat in the Yaqui Valley, state of Sonora, northwestern Mexico, and home to CIMMYT’s Norman E. Borlaug Experiment Station (CENEB), has direct implications for wheat crop management worldwide.

“The Yaqui Valley is agro-climatically representative of areas where 40 percent of the world’s wheat is grown, including places like the Indo-Gangetic Plains of India and Pakistan, the Nile Delta in Egypt, and the wheat lands of China,” said Ortíz-Monasterio.

Well there is a risk, if you under-apply N fertilizer, your yield goes down. Farmers are afraid that the yield will be lower and that their profit will be lower. The cost of under-applying for them is greater than the cost of over-applying, because they’re not paying all the costs of over applying. Those costs include the environmental impacts associated with greenhouse gas emissions, at a regional scale in the case of the Yaqui Valley because of nitrification of the Sea of Cortez, and at a local level due to contamination of the water table. All these costs are passed on to society. If we passed them on to farmers, then they would be more concerned about over-applying nitrogen fertilizers.

-Do you think farmers becoming more concerned is something that could happen?

Well there are starting to be more regulations in Europe. In the UK, farmers cannot apply any nitrogen before or at sowing; they can apply fertilizer only once the plant is about 15 centimeters tall. In other parts of Europe, like Germany, farmers cannot apply more than 150 kilograms of nitrogen on wheat, so it’s happening in other parts of the world. The government of Mexico and others are making commitments to reduce nitrous oxide emissions by 20 percent by 2030 and, in the case of agriculture, the main source of nitrous oxide is nitrogen fertilizer. To meet such commitments, governments will have to take policy action so, yes; I think there’s a good chance something will happen. 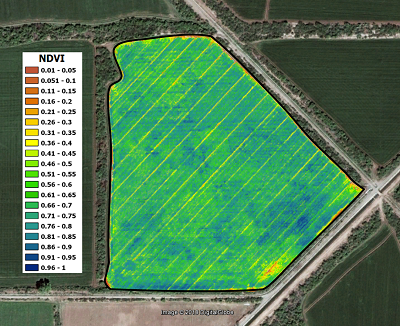 Something interesting to me is what’s happening right now. For the last 10 years, we’ve been working with Yaqui Valley farmers to test and promote hand-held sensors and hiring farm advisors paid with government money who provide this service free to farmers, and adoption was high. Then the government removed the subsidy, expecting farmers to begin covering the cost, but

farmers didn’t want to pay for it.

Then a company that uses drones approached me and other researchers in the region and requested our help to convert wheat crop sensor data obtained using airborne drones to recommended fertilizer dosages. We agreed and, in their first year of operation, farmers growing wheat on 1,000 hectares paid for this service. I don’t know what it is—maybe seeing a colorful map is more sexy—but farmers seem to be willing to pay if you fly a drone to collect the data instead of having a farm advisor walk over the field. But it’s great! In the past we relied on the government to transfer the technology and now we have this  great example of a private-public partnership, where a company is helping to transfer the technology and making a profit, so that will make it sustainable. I’m very excited about that! 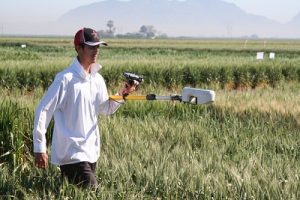 We’re not married to one technology, but need to work with all of them. You know we started with Greekseeker, which is a ground-based sensor, and now we’re also working with drones, with manned airplanes mounted with cameras, and even satellite images. So, there are four different ways to collect the data, and we’ve seen that the Greenseeker results correlate well with all of them, so the technology we developed originally for Greenseeker can be used with all the other platforms.

I think we’re moving in that direction, but slowly. We need policy help from the government. Officials need to give some type of incentive to farmers to use the technology, because when farmers do something different they see it as a risk. To compensate for that risk, give them a carrot, rather than a stick, and I think that will help us move the technology faster. 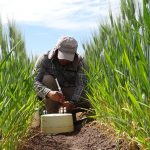 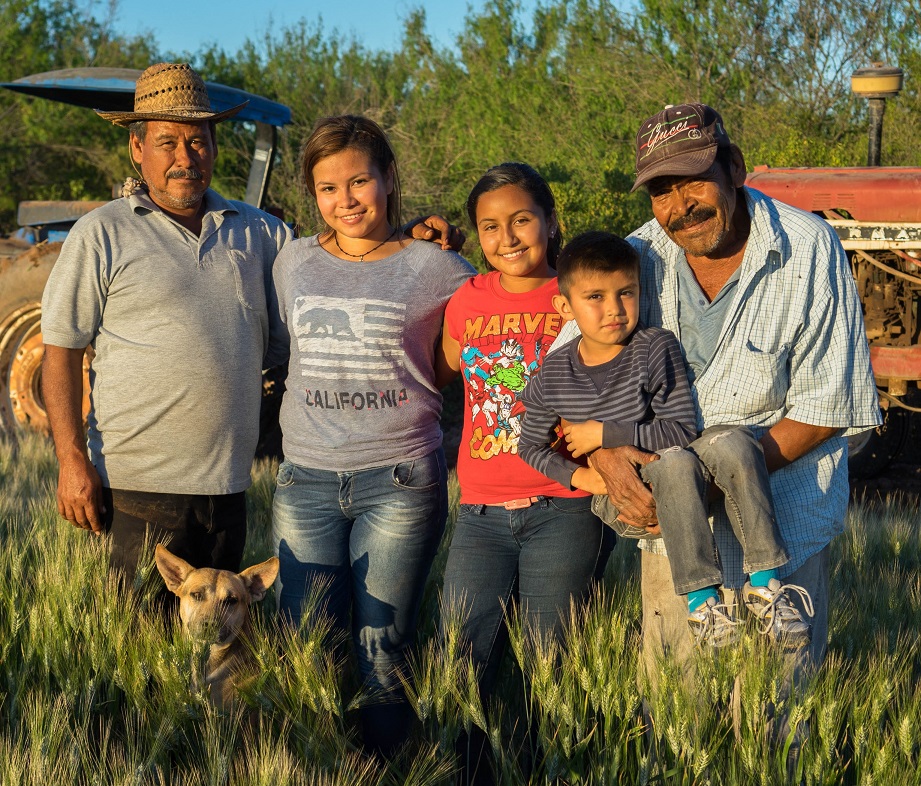 Published today in the journal Agriculture, Ecosystems and Environment, the study shows that farmers in the Yaqui Valley, a major breadbasket region in northwestern Mexico that covers over 1.5 times the area of the Mexico City, are applying significantly more nitrogen fertilizer than they need to maximize wheat yields.

Lower application of nitrogen fertilizer would cut the region’s yearly emissions of nitrous oxide, a potent greenhouse gas, by the equivalent of as much as 130,000 tons of carbon dioxide, equal to the emissions of 14 million gallons of gasoline, according to Neville Millar, a senior researcher at Michigan State University (MSU) and first author of the published paper.

Yaqui Valley wheat farming conditions and practices are similar to those of huge wheat cropping expanses in China, India, and Pakistan, which together account for roughly half of worldwide nitrogen fertilizer use for wheat, according to study co-author Iván Ortíz-Monasterio, a wheat agronomist at the International Maize and Wheat Improvement Center (CIMMYT), whose Yaqui Valley experiment station was the site of the reported research.

“The recommendations are thus globally relevant and represent a potential triple win, in the form of reduced greenhouse gas emissions, higher income for farmers and continued high productivity for wheat cropping,” Ortíz-Monasterio said.

Measuring nitrous oxide after nitrogen fertilizer applications in spring durum wheat crops during two growing seasons, Millar and an international team of scientists found an exponential increase in emissions from plots fertilized at greater than economically-optimal rates—that is, when the extra nitrogen applied no longer boosts grain yield.

They also found that grain quality at the economically optimal N rates was not impacted and exceeded that required by local farmer associations for sale to the market. They examined five different nitrogen fertilizer dosages ranging from 0 to 280 kilograms per hectare.

“In our study, the highest dosage to get optimum wheat yields was 145 kilograms of nitrogen fertilizer per hectare in the 2014 crop,” said Millar. “Yaqui Valley farmers typically apply around 300 kilograms. The wheat crop takes up and uses only about a third of that nitrogen; the remainder may be lost to the atmosphere as gases, including nitrous oxide, and to groundwater as nitrate.”

Farmers’ excessive use of fertilizer is driven largely by risk aversion and economic concerns, according to Ortíz-Monasterio. “Because crops in high-yielding years will require more nitrogen than in low-yielding years, farmers tend to be optimistic and fertilize for high-yielding years,” said Ortíz-Monasterio. “At the same time, since farmers don’t have data about available nitrogen in their fields, they tend to over-apply fertilizer because this is less costly than growing a crop that lacks the nitrogen to develop and yield near to full potential.”

Ortíz-Monasterio and his partners have been studying and promoting management practices to help farmers to use fertilizer more efficiently and take into account available soil nitrogen and weather. This technology, including Greenseeker, a handheld device that assesses plant nitrogen needs, was tested in a separate study for its ability to advise farmers on optimal rates of fertilizer use.

“Sensing devices similar to Greenseeker but mounted on drones are providing recommendations to Yaqui Valley farmers for wheat crops grown on more than 1,000 acres in 2017 and 2018,” Ortiz-Monasterio notes.

Part of a research partnership between CIMMYT and MSU’s W.K. Kellogg Biological Station (KBS) Long-Term Ecological Research program to reduce greenhouse gas impacts of intensive farming, a key aim of the present study was to generate new emission factors for Mexican grain crops that accurately reflect nitrous oxide emissions and emission reductions and can be used in global carbon markets, according to Millar.

“The emission calculations from our work can be incorporated by carbon market organizations into carbon market protocols, to help compensate farmers for reducing their fertilizer use,” he said.

“This study shows that low emissions nitrogen management is possible in tropical cereal crop systems and provides important guidance on the optimal levels for large cropping areas of the world,” said Lini Wollenberg, an expert in low-emissions agriculture for the CGIAR Research Program on Climate Change, Agriculture and Food Security (CCAFS), which helped fund the research. “With these improved emission factors, countries will be able to better plan and implement their commitments to reducing emissions.

To view the article 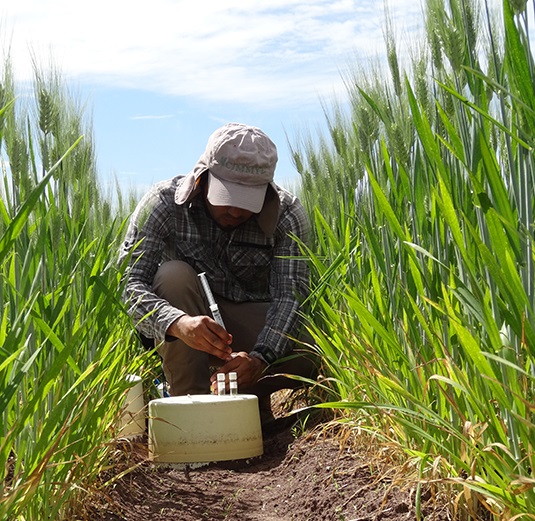 CIMMYT
The International Maize and Wheat Improvement Center (CIMMYT) is the global leader in publicly-funded maize and wheat research and related farming systems. Headquartered near Mexico City, CIMMYT works with hundreds of partners throughout the developing world to sustainably increase the productivity of maize and wheat cropping systems, thus improving global food security and reducing poverty. CIMMYT is a member of the CGIAR System and leads the CGIAR Research Programs on Maize and Wheat and the Excellence in Breeding Platform. The Center receives support from national governments, foundations, development banks and other public and private agencies. For more information, visit www.cimmyt.org.

CCAFS
The CGIAR Research Program on Climate Change, Agriculture and Food Security (CCAFS), led by the International Center for Tropical Agriculture (CIAT), brings together some of the world’s best researchers in agricultural science, development research, climate science and earth system science to identify and address the most important interactions, synergies and tradeoffs between climate change, agriculture and food security. CCAFS is carried out with support from CGIAR Fund Donors and through bilateral funding agreements. www.ccafs.cgiar.org 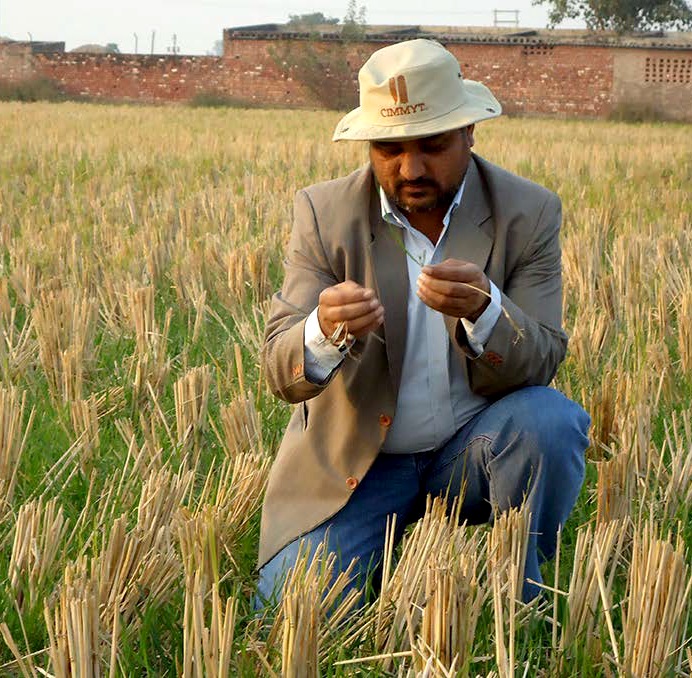 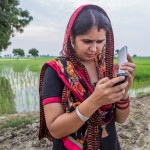 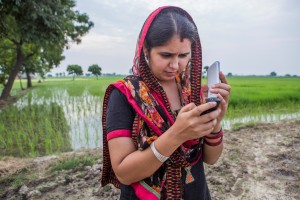