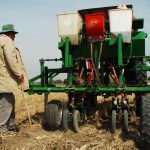 New research published in Field Crops Research by scientists at the International Maize and Wheat Improvement Center (CIMMYT) responds to the question of whether wheat varieties need to be adapted to zero tillage conditions.

With 33% of global soils already degraded, agricultural techniques like zero tillage – growing crops without disturbing the soil with activities like plowing – in combination with crop residue retention, are being considered to help protect soils and prevent further degradation. Research has shown that zero tillage with crop residue retention can reduce soil erosion and improve soil structure and water retention, leading to increased water use efficiency of the system. Zero tillage has also been shown to be the most environmentally friendly among different tillage techniques.

While CIMMYT promotes conservation agriculture, of which zero tillage is a component, many farmers who use CIMMYT wheat varieties still use some form of tillage. As farmers adopt conservation agriculture principles in their production systems, we need to be sure that the improved varieties breeders develop and release to farmers can perform equally well in zero tillage as in conventional tillage environments.

The aim of the study was to find out whether breeding wheat lines in a conservation agriculture environment had an effect on their adaptability to one tillage system or another, and whether separate breading streams would be required for each tillage system.

The scientists conducted parallel early generation selection in sixteen populations from the breeding program. The best plants were selected in parallel under conventional and zero-till conditions, until 234 and 250 fixed lines, were obtained.  They then grew all 484 wheat lines over the course of three seasons near Ciudad Obregon, Sonora, Mexico, under three different environments, — zero tillage, conventional tillage, and conventional tillage with reduced irrigation – and tested them for yield and growth traits.

The authors found that yields were better under zero tillage than conventional tillage for all wheat lines, regardless of how they had been bred and selected, as this condition provided longer water availability between irrigations and mitigated inter-irrigation water stress.

The main result was that selection environment, zero-till versus conventional till, did not produce lines with specific adaptation to either conditions, nor did it negatively impact the results of the breeding program for traits such as plant height, tolerance to lodging and earliness.

One trait which was slightly affected by selection under zero-till was early vigor – the speed at which crops grow during the earliest stage of growth. Early vigor is a useful adaptive trait in conservation agriculture because it allows the crop to cope with high crop residue loads – materials left on the ground such as leaves, stems and seed pods – and can improve yield through rapid development of maximum leaf area in dry environments. Results showed that varieties selected under zero tillage showed slightly increased early vigor which means that selection under zero tillage may drive a breeding program towards the generalization of this useful attribute.

The findings demonstrate that CIMMYT’s durum wheat lines, traditionally bred for wide-adaptation, can be grown, bred, and selected under either tillage conditions without negatively affecting yield performance. This is yet another clear demonstration that breeding for wide adaptation, a decades-long tradition within CIMMYT’s wheat improvement effort, is a suitable strategy to produce varieties that are competitive in a wide range of production systems. The findings represent a major result for wheat breeders at CIMMYT and beyond, with the authors concluding that it is not necessary to have separate breeding programs to address the varietal needs of either tillage systems.

This work was implemented by CIMMYT as part of the CGIAR Research Program on Wheat (WHEAT). 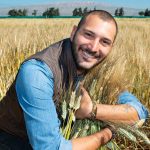 Written by mmacneil on July 1, 2019. Posted in Article, News

This story was originally published on the International Center for Agricultural Research in the Dry Areas (ICARDA) website.

Durum wheat is an important food crop in the world and an endemic species of sub-Saharan Africa (SSA). A new publication (Durum Wheat: Origin, Cultivation and Potential Expansion in Sub-Saharan Africa – May 2019, 20 pages) convincingly demonstrates that the potential of releasing durum wheat varieties adapted to all growing conditions of SSA, from the oases of the Sahara to the highlands of Ethiopia – is substantial.

In the highlands of Ethiopia and the oases of the Sahara this crop has been cultivated for thousands of years. Today, smallholder farmers still grow it on marginal lands to assure production for their own consumption. However, durum wheat is no longer just a staple crop for food security but has become a major cash crop. In fact, the pasta, burghul and couscous industry currently purchase durum grain at prices 10 to 20% higher than that of bread wheat. Africa as a whole imports over €4 billion per year of durum grain to provide the raw material for its food industry. Hence, African farmers could obtain a substantial share of this large market by turning their production to this crop.

“A participatory approach, that uses the farmers themselves to guide the breeding decisions helps hugely in achieving success. A simple example was for an advanced line that I really liked: the yield was very high, the grains very big, and it had very good disease resistance. Still, when I showed it to farmers they did not like it. The main reason was that it was too short, and they could not get enough straw to feed their livestock. This is but an example on how incorporating farmers’ opinions save me from investing a lot of efforts in releasing and promoting a variety that would have never made it to cultivation”.

New breeding technologies offer great promise for expanding the area of durum wheat production in SSA. However, this remains primarily dependent on the market ability to purchase these grains at a higher price to stimulate farmer adoption. Because of its industrial nature, durum wheat has often been disregarded by SSA policy makers in favor of bread wheat as a more direct “food security” approach. Considering that the most cultivated durum varieties are more than 30 years old, there is a significant genetic yield gap that could be filled through the release and commercialization of more modern varieties.

A significant effort has been made to expand the production of improved durum wheat cultivars to supply raw materials to the food industries.  The pasta producers used to rely on massive importation of durum wheat grains, which was not a sustainable long-term business strategy due to high and volatile costs. Further, the purchase of foreign grains competed with other national priorities for the use of governmental hard currency stocks.

Recent investments in the pasta industry are proving extremely promising in Ethiopia thanks to new food habits of the growing urban populations, which are looking for fast and tasty foods, while still cheap and nutritious. The Ethiopian Millers Association has eagerly explored the possibility to procure the needed raw material directly from local farmers to reduce production costs and increase competitiveness against foreign pasta imports. Unfortunately, the local production did not guarantee sufficient rheological grain quality to satisfy the industrial needs. In fact, grain of tetraploid landraces does not meet industrial standards in terms of color or protein quality.

Hence, specific incentives needed to be provided to farmers to obtain industrial-grade harvests. The scope of the Ethiopian-Italian cooperation project for the Agricultural Value Chain in Oromia (AVCPO) was to re-direct some of the already existing bread wheat production system of the Bale zone toward the more lucrative farming of durum wheat for the industry.

The process acted on the key elements required by the pasta industry to stabilize and self-sustain the value chain: (a) competitive price, (b) high rheological quality for conversion into pasta, (c) easy and timely delivery, (d) consistent stock of grains and predictable increases over years. 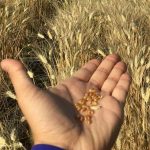 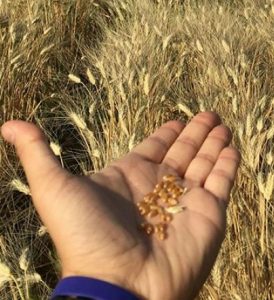 Using non-GM molecular breeding techniques, ICARDA’s scientists developed a set of durum wheat varieties that can withstand up to 40°C heat along the Senegal River basin. If scaled up, the technology offers potential to fight hunger and help farmers adapt to rising temperatures.

Click here to read the report on the ICARDA web page.