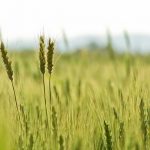 Written by mmacneil on November 25, 2020. Posted in Article, Media, News

In a landmark discovery for global wheat production, an international team led by the University of Saskatchewan (USask) and including scientists from the International Maize and Wheat Improvement Center (CIMMYT) has sequenced the genomes for 15 wheat varieties representing breeding programs around the world, enabling scientists and breeders to much more quickly identify influential genes for improved yield, pest resistance and other important crop traits.

The research results, just published in Nature, provide the most comprehensive atlas of wheat genome sequences ever reported. The 10+ Genome Project collaboration involved more than 95 scientists from universities and institutes in Canada, Switzerland, Germany, Japan, the U.K., Saudi Arabia, Mexico, Israel, Australia, and the U.S.

“It’s like finding the missing pieces for your favorite puzzle that you have been working on for decades,” said project leader Curtis Pozniak, wheat breeder and director of the USask Crop Development Centre (CDC). “By having many complete gene assemblies available, we can now help solve the huge puzzle that is the massive wheat pan-genome and usher in a new era for wheat discovery and breeding.”

“These discoveries pave the way to identifying genes responsible for traits wheat farmers in our partner countries are demanding, such as high yield, tolerance to heat and drought, and resistance to diseases and pests including wheat blast,” said Ravi Singh, head of global wheat improvement at CIMMYT and a study co-author.

One of the world’s most cultivated cereal crops, wheat plays an important role in global food security, providing about 20 per cent of human caloric intake globally. It’s estimated wheat production must increase by more than 50 per cent by 2050 to meet an increasing global demand.

The research team was also able to track the unique DNA signatures of genetic material incorporated into modern cultivars from wild wheat relatives over years of breeding.

“With partners at Kansas State University, we are very excited to leverage these genomic resources for genomics-assisted wheat breeding at CIMMYT” said Philomin Juliana, CIMMYT wheat breeder and study co-author.

“This study has also provided the complete assembly of a wheat chromosomal segment called Vpm-1, which is derived from a wild wheat relative and has been consistently associated with high grain yield in the CIMMYT germplasm. This is a key milestone, given that this chromosomal segment is now present in more than 90% of the elite spring wheat lines distributed internationally by CIMMYT.”

The team also used the genome sequences to isolate an insect-resistant gene (called Sm1) that enables wheat plants to withstand the orange wheat blossom midge, a pest which causes millions of dollars in losses to wheat producers each year.

“Understanding a causal gene like this is a game-changer for breeding because you can select for pest resistance more efficiently by using a simple DNA test than by manual field testing,” Pozniak said.

The 10+ Genome Project was sanctioned as a top priority by the Wheat Initiative, a coordinating body of international wheat researchers.

“This project is an excellent example of coordination across leading research groups around the globe.  Essentially every group working in wheat gene discovery, gene analysis and deployment of molecular breeding technologies will use the resource,” said Wheat Initiative Scientific Coordinator Peter Langridge.

Read the full press release from the University of Saskatchewan.

A list of international funding partners is available here:  http://www.10wheatgenomes.com/funders/

The International Maize and Wheat Improvement Center (CIMMYT) is the global leader in publicly-funded maize and wheat research and related farming systems. Headquartered near Mexico City, CIMMYT works with hundreds of partners throughout the developing world to sustainably increase the productivity of maize and wheat cropping systems, thus improving global food security and reducing poverty. CIMMYT is a member of the CGIAR System and leads the CGIAR Research Programs on Maize and Wheat and the Excellence in Breeding Platform. The Center receives support from national governments, foundations, development banks and other public and private agencies. For more information, visit www.cimmyt.org.

About the University of Saskatchewan’s Crop Development Centre (CDC)

The Crop Development Centre in the USask College of Agriculture and Bioresources is known for research excellence in developing high-performing crop varieties and developing genomic resources and tools to support breeding programs.  Its program is unique in that basic research is fully integrated into applied breeding to improve existing crops, create new uses for traditional crops, and develop new crops. The CDC has developed more than 400 commercialized crop varieties.  https://agbio.usask.ca/research/centres-and-facilities/crop-development-centre.php#MoreAbouttheCDC 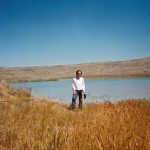 Sowing seeds of the future

Alison Bentley, the incoming director of the Global Wheat Program at the International Maize and Wheat Improvement Center (CIMMYT) and the CGIAR Research Program on Wheat, completed her formal education at the University of Sydney in Australia, with support from the Crawford Fund. In the blog below, originally posted on the website of the Crawford Fund, Alison Bentley looks back at her early career and the lessons she will take to her new role at CIMMYT.

In November 2020, I’ll be moving (at least in the virtual sense, given current travel restrictions) to the International Maize and Wheat Improvement Center (CIMMYT), based in Mexico, to lead the Global Wheat Program (GWP). CIMMYT’s GWP has an incredible track record of impact, delivering varieties and germplasm to support wheat production throughout the world.

My first experience of working with CIMMYT was in 2003 as an attendee at the first Crawford Master Class on Soil-Borne Pathogens of Wheat in Turkey, hosted by Dr. Julie Nicol (the then-CIMMYT soil-borne disease pathologist) and colleagues. As a new PhD student at The University of Sydney in Australia, this was an incredible scientific experience with the course encompassing field visits, lab practicals and lectures from leading scientists (including my PhD supervisor Professor Lester Burgess). In addition, it was my first visit to the Central West Asia & North Africa (CWANA) region and an opportunity to interact with CWANA wheat scientists.

Beyond the scientific learning, I remember the lunchtime football matches, social events and sense of excitement in our discussions about new ideas and future impacts. I was also fortunate to have financial support from the Crawford Fund NSW Committee to stay on in Turkey to conduct a survey of soil-borne diseases of wheat (supporting my PhD research). What a privilege it was to travel around Turkey with Dr. Berna Tunali from the University of Ondokus Mayýs, sampling wheat fields by day and eating grilled fish by the Coast of Marmara by night.

The collaboration allowed us to conduct a quantitative survey of the community of Fusarium species associated with wheat in northern production regions. It also provided me with a firm view of the context of my PhD research and of how working with partners greatly enhances the value (and enjoyment) of scientific research.

From these early months of my PhD spent in Turkey to its progression and completion (including international collaborations with Plant & Food New Zealand, Kansas State University, Cornell University and national collaborations with the South Australia Research and Development Institute and the Western Australia Department of Agriculture), I further learned the value of partnerships and collaboration. I also came to fully appreciate the importance of understanding context: what does the challenge look like in the field or system it is relevant to, how will change be implemented and by who? My supervisor Lester Burgess often cited “serendipity,” and it always struck me that what he was actually describing was not really pure good fortune, but the result of “making your own luck.”

I recall many days in northwest New South Wales driving long stretches on the trail of crown rot infections in farm crops and conversations with agronomists asking for tip-offs on recent sightings of disease. This process led to many important discoveries, notably for my PhD: the nature of sexual reproduction by the crown rot fungus and an understanding of spatial relationships of genetic variation in the field.

The time spent talking to agronomists, visiting farms and conducting field surveys proved invaluable to my PhD. When I moved to the United Kingdom and joined the National Institute of Agricultural Botany (NIAB) in 2007 it was my foundational starting point. At NIAB, I joined the team embarking on a pioneering program of wheat pre-breeding to deliver systematically developed and validated resources for wheat improvement. When it started, this translational program aimed to bridge the gap between fundamental discoveries in model plant species and commercial breeding. It has led to the production of a wealth of genetic resources in commercially relevant genetic backgrounds for rapid uptake into breeding.

The resources developed at NIAB and by other institutes and universities have resulted in the UK having arguably one of the most prolific public sector germplasm creation programs worldwide outside the CGIAR. This has resulted in interest from both the research and breeding sector, leveraging significant public- and private-sector investment. Breeding programs in Europe, South and North America, Africa, Asia, and Australia have accessed material, indicative of global impact and success.

In moving to CIMMYT, I take forward the many lessons I have learned since my first Crawford Fund-supported visit to Turkey back in 2003. That visit was the seed of my future motivation to deliver science-led solutions to support global wheat production. My subsequent PhD research and time at NIAB have multiplied that seed into vast fields. CIMMYT, and CGIAR breeding deliver improved wheat germplasm into the hands of farmers. Seeds multiplied into fields multiplied into support for global farming communities. 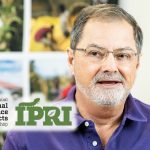 The value of research on plant resistance to insects

Crop pest outbreaks are a serious threat to food security worldwide. Swarms of locusts continue to form in the Horn of Africa, threatening food security and farmer livelihoods ahead of a new cropping season. The devastating fall armyworm continues cause extensive damage in Africa and South Asia.

With almost 40% of food crops lost annually due to pests and diseases, plants resistance to insects is more important than ever. Last month, a group of wheat breeders and entomologists came together for the 2

Watch Mike Smith, entomologist and distinguished professor emeritus at Kansas State University explain the importance of working with economists to document the value of plant insect resistance research, and why communication is crucial for raising awareness of the threat of crop pests and insect resistance solutions.