Sub-Saharan Africa: Getting Wheat Back on the Map 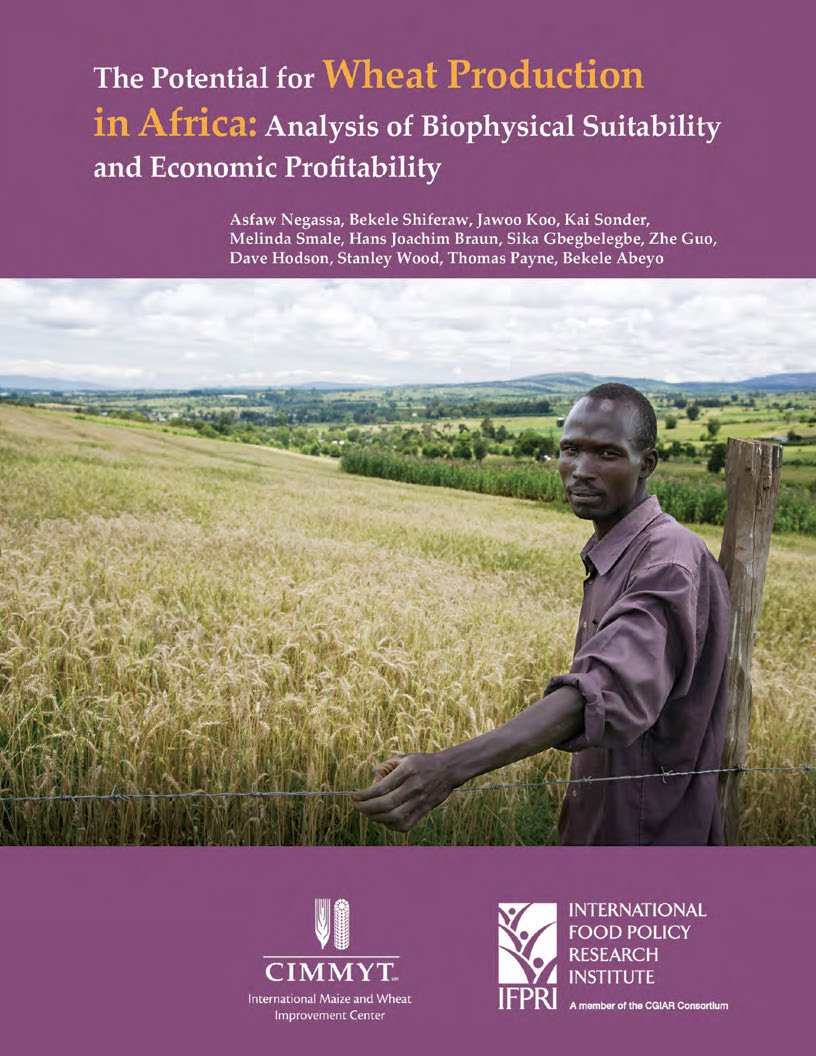 Food preferences in Sub-Saharan Africa have been shifting for decades from traditional staples such as coarse cereals to wheat and rice. Now, urbanization, a growing middle class and changing lifestyles, including women who work, are driving a rapid rise in demand for wheat, but production in the region falls short and consuming countries draw on foreign reserves to import at least US $12 billion-worth of grain each year.

“Most countries produce less than a quarter of what they could,” said Bekele Shiferaw, former director of CIMMYT’s socioeconomics program and key author on a major 2013 study on the suitability and profitability of wheat for Africa by CIMMYT and the International Food Policy Research Institute (IFPRI). “There are many opportunities to raise wheat area and yields.”

A groundbreaking 2012 conference, Wheat for Food Security in Africa* in Addis Ababa, organized by the Ethiopian Institute of Agricultural Research (EIAR), CIMMYT, ICARDA, IFPRI, the African Union (AU) and WHEAT, led to the endorsement of wheat as a strategic crop for Africa by AU agriculture ministers. The event drew 250 researchers, policymakers, farmers, and seed company representatives from 23 African nations, as well as from Asia, Europe and the Americas, and included four ministers of agriculture (Burundi, Ethiopia, Sudan and Zimbabwe) and the directors of national agricultural research programs of 16 countries in Africa.

The agriculture ministers’ endorsement of wheat was officially noted by AU heads of state in early 2013. At the Forum for Agricultural Research in Africa (FARA) meeting in Accra, Ghana, in July 2013, senior research, development and policy experts gathered with WHEAT representatives to develop a strategy for promoting African wheat production and markets.

“The idea now is to pull together all the actors – on the production side, in legislation and in markets,” said Victor Kommerell, WHEAT manager. “We need to gather evidence on production and market potential, on how to bring wheat into existing farming systems and particularly smallholder farmers’ chances to grow it as a cash crop, and at future consumption and regional trade.”

Work builds on decades of collaborative wheat research by CIMMYT in Ethiopia, Kenya, and South Africa, and the ICARDA-led initiative “Support to Agricultural Research for Development of Strategic Crops in Africa” (SARD-SC), among other efforts.

Wheat for Africa in Numbers

Wheat in the World