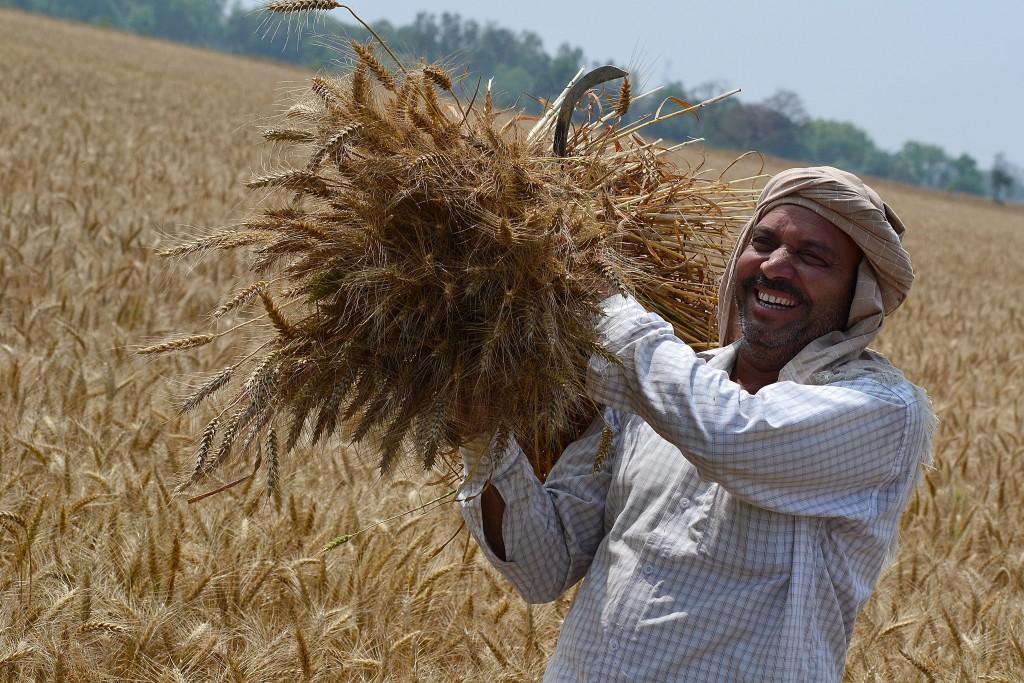 In a study published last month in Food Security, CIMMYT researchers reported that wheat farmer’s total annual income increased by 6% on average with the introduction of zero tillage (ZT) in Bihar. While studies done in the past in the eastern Indo-Gangetic Plains (IGP) have shown ZT impacts in field trials or controlled environments, this research is believed to be the first that studied actual impacts in farmers’ fields.

“We found that the prevailing ZT practice, without full residue retention, used by farmers in Bihar has led to an average yield gain of 498 kilogram per hectare (19%) over conventional tillage wheat, which is in contrast to the results of a recent global meta-analysis” says Alwin Keil, Senior Agricultural Economist, CIMMYT and the lead author of this study.

The global meta-analysis published last year compared crop yields in ZT and conventionally tilled production systems across 48 crops in 63 countries. It reported that ZT is only profitable in rainfed systems and when it is combined with full residue retention and crop rotation. “However, in Bihar, marginal and resource-poor farmers cannot afford to leave the full residue in the field as they use the rice straw to feed their livestock,” says Keil.

According to Keil, the divergent findings of the meta-analysis may be caused by the fact that most of the reviewed studies were conducted in moderate climatic zones (U.S., Canada, Europe, China) and results were aggregated across various crops.

Compared to the prosperous northwestern states, the eastern IGP is characterized by pervasive poverty and high population density, and its resource-poor farmers are more prone to the risks of climate change. Bihar has the lowest wheat yields in the IGP with an average of 2.14 tons per hectare.

To feed a growing wheat-consuming population, Bihar currently imports wheat largely from Punjab, where yields have stagnated over the last five years due to an over-exploitation of resources, especially water.

While ZT is widespread on the mechanized farms of Punjab and Haryana, seat of the first Green Revolution in India, farmers in the eastern IGP are yet to benefit. “There is also evidence that the positive effect of ZT is larger in areas with low agricultural productivity (generally low yields, such as Bihar) than in areas with higher productivity (such as Punjab, for instance),” remarks Keil.

The study concludes that ZT users reap substantial benefits, and that this technology could help close the growing yield gap between production and consumption of wheat in Bihar. A 19% yield increase would translate into a production increase of 950,000 MT, which exceeds the total wheat imports into Bihar (868,000 MT in 2011).

However, with low ownership of tractors and ZT drills, large-scale adoption of ZT in eastern India hinges on an expansion of the network of service providers, who can custom-hire these kinds of services to smallholder farmers.

With public and private sector partners, the CIMMYT-led Cereal Systems Initiative for South Asia (CSISA) has supported the development of ZT service providers among tractor owners by facilitating the purchase of ZT drills and providing technical trainings and know-how since 2009. Consequently, the number of ZT service providers in Bihar increased from 17 in 2011 to 1,624 in 2014, servicing a total of approximately 44,700 acres.

“Furthermore, we found that only 32% of non-users of ZT in our sample were aware of the technology. Hence, increasing the number of service providers to enhance farmer’s access to ZT has to go hand-in-hand with large-scale information campaigns to raise their awareness of the technology,” says Keil.

AGG has just published its second, quarterly newsletter, where earl…